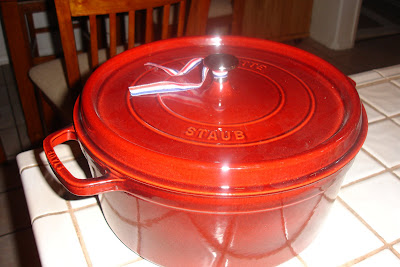 It's just a large dutch oven, what's the hoopla?

I made up my mind well before Christmas 2007, that what I wanted was a large enameled cast iron dutch oven. I couldn't make up my mind between a LC, Staub , Mario Batali, Martha Stewart or other brand. I just had to have one. Yep, just another kitchen gadget. G told me to just go out and get what I wanted. Well it is now March and I finally got my present. It arrived today.

What took me so long? Too many choices and very high price tags. I finally bit the bullet last week over an Amazon special price of $179.00 for an 8 quart grenadine(red) cocette Staub dutch oven regulary priced at $269.99 at stores such as Sur La Table. 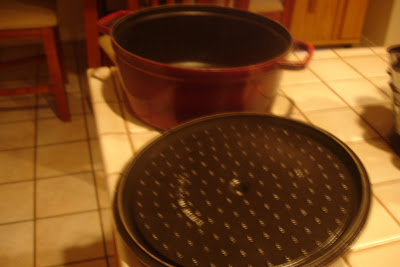 I haven't even had the chance to follow the manufacturer guidelines for seasoning this baby. It is suggested that the advantage is the enameled surface which when seasoned simply by coating with vegetable oil over low heat results in a non-stick surface which over time adds to cooking enjoyment. 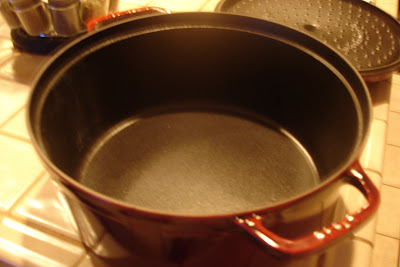 It is very heavy (duh- cast iron), holds heat well and the dimpled top adds to cooking enjoyment by allowing moisture to recycle in the pot.

Can't wait to try this new toy out. 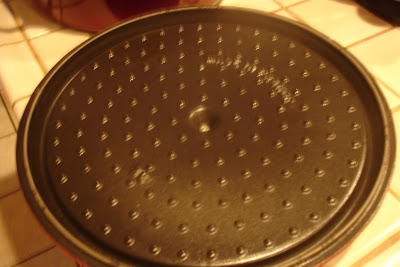 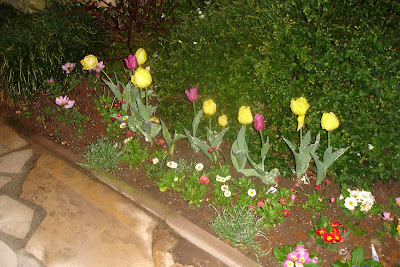 This weekend in Los Angeles was gorgeous with temps in the mid 70's, clear and just gorgeous. The weather screamed "work in the garden". Another incentive was the new stock of spring flowers at the local gardening center. Pretty colors, healthy looking and a wide assortment. I purchased quite a few flowers. Another customer in the store asked me what my color scheme was. I answered- color, just lots of color all over my flower beds. So I spent all Sunday afternoon pulling weeds, turning dirt, bending, digging, on my knees and sweating. I am pretty proud of the results. 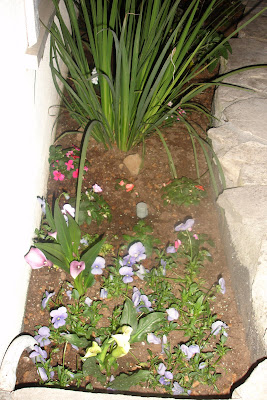 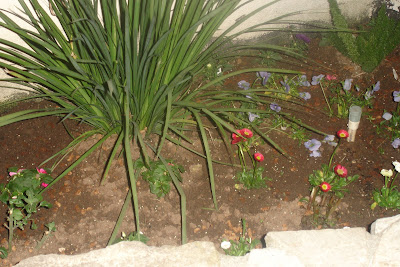 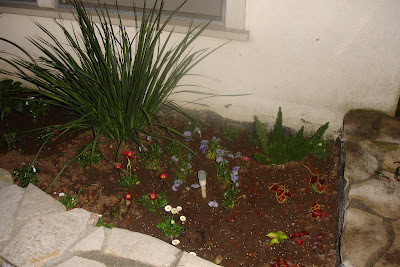 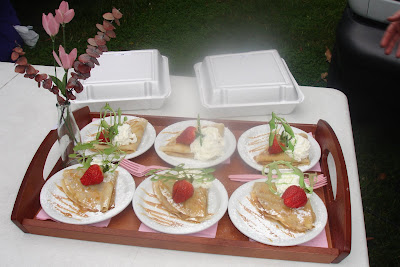 "Anything But"- Smoked Apple Crepes with Dulce de Leche Sauce. Learned that I need to include a knife on the tray. 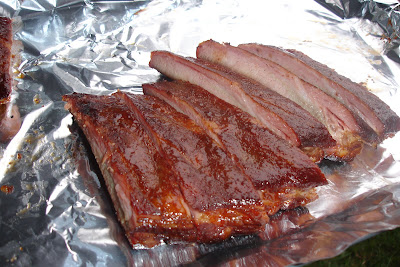 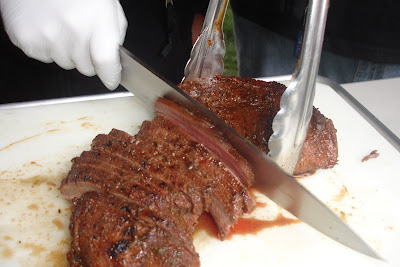 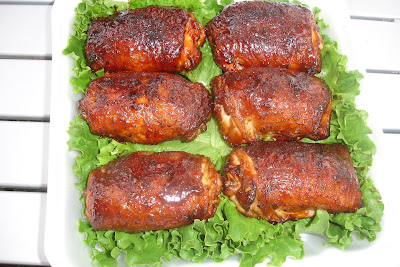 Email ThisBlogThis!Share to TwitterShare to FacebookShare to Pinterest
Labels: anything but, Backyard BBQ, backyard bbq at crocke, bbq competition 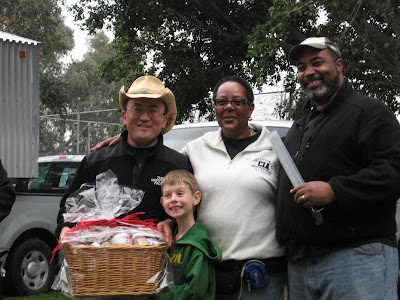 Four Q BBQ is Grand Champion, i.e. # 1 overall out of 10 teams competing in the March Madness Backyard BBQ Event. We are so happy to have achieved our first Grand Champiom (GC) award.