Garden- It's Never Too Late In L.A. 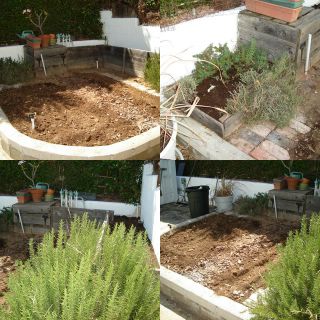 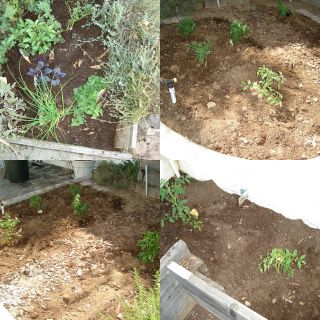 After a winter of the highest rainfall in L.A. for quite some time, I got a very slow start in starting my garden. Usually I have everthing planted by the end of March. The rain and my procastination resulted in an overgrowth of weeds which only added to my hesitancy to just get in and dig.

Well, it is now June. We succesfully completed a major survey at my day job (JCAHO) last week so I took a few days off this week to do all those things I didn't have time for over the last few months. (Notice, I did have time for this blog. This was my my primary link to sanity.)

What did I plant? From my local Home Depot, the pickings were thin.
I bought 5 varieties of tomatoes: Yellow Pear, Lemony Yellow, Beefsteak, Brandywine and Betterboy. In the pepper category, I bought 3 varieties: Habanero, Serrano and Jalapeno. I replenished my herb garden with a purple basil, cinnamon basil, chives, and hot spicey oregano. Note, I was surprised by some of the apparently new varieties. I already have oregano growing so I am curious to see what the difference will be with this hot and spicy oregano. I also planted a lone zucchini plant. Other herbs already in residence include the Rosemary bush which is out of control and growing at a fast pace despite not being watered for quite some time. The thyme is looking a liitle battered as well as the tricolor sage and lemon grass. Hopefully water and some TLC will bring them back.

Tomorrow I plan to go to the Home Depot in Marina Del Rey hoping to find Cilantro, Roma Tomato, Parsley, another Zucchini and Sweet Basil.

I will miss having tomatoes and Zucchini in June and July. I'll just have to wait until August.
Posted by sylvie1950 at 8:19 PM