This past weekend, G and I celebrated our 23rd Wedding Anniversary. As this was also Fathers' Day weekend, we also honored the heads of our households (G, R and B). We decided to celebrate with friends at Pechanga, an Indian Casino in Temecula. R and P selected Kelsey's for dinner. B, G and E met us there for a nice dinner and conversation to be followed by a night of gambling (losing).

Appetizers included bacon wrapped shrimp which was very tasty and nicely presented. Fried Brie with Pita Bread was a creamy treat. The Taco Bites looked great. I didn't get to taste but all assured me I would have loved them. I have a passion for ceviche. A hefty amount was served with toast. Some at our table are not into ceviche which left more for me. 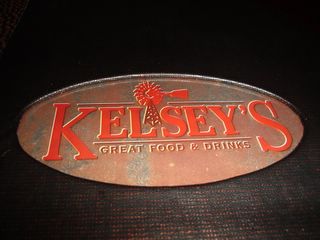 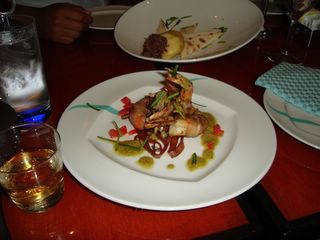 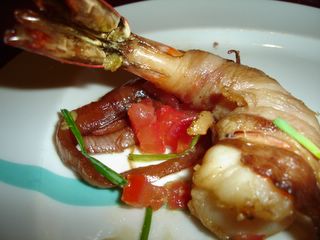 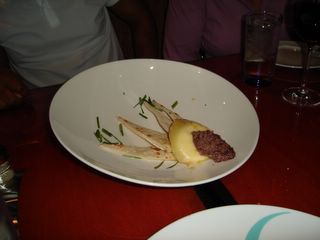 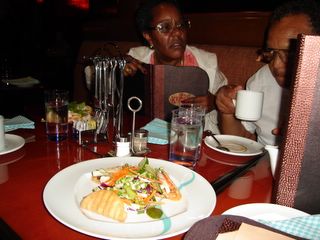 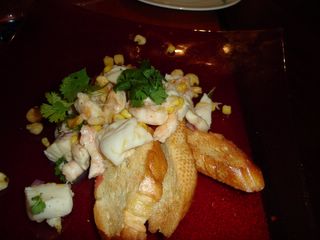 G opted for the house salad and P had the Fancy Salad. Greens with a dressing, what more can you say.

The entrees varied from Lobster Bisque which G described as tasty but quite watery, nicely presented with a flaky crust to medium rare Ribeye Steak with French Fries- tasty. G and E both ordered the Seafood Pasta which they both enjoyed. B ordered the Salmon which was disappointing in that they did not remove the bloodline. (Did I mention that all these great dads are avid fishermen who have specific requirements for their fish [fresh with properly dressed fillets].) Fish served with the bloodline is not acceptable as it destroys the fresh fish flavor. P splurged that night, giving up Jenny Craig for Fried Onion Rings and Ribeye Steak on a Bun. It goes without saying that comparatively, the fried fare won out over diet food. R had the Halibut. It's his favorite and it went down quite well. Ony compliments were offered. 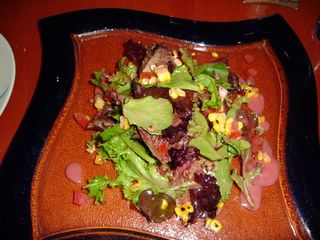 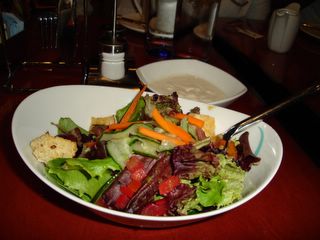 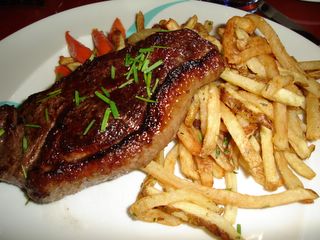 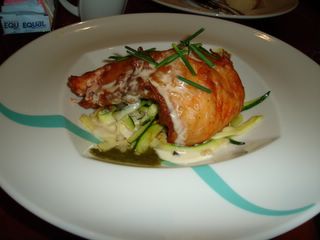 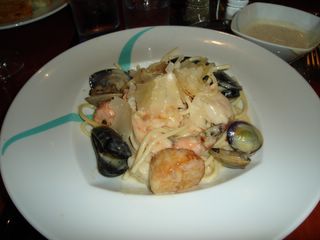 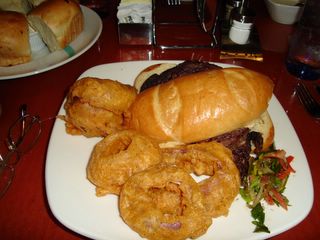 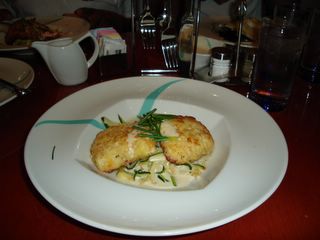 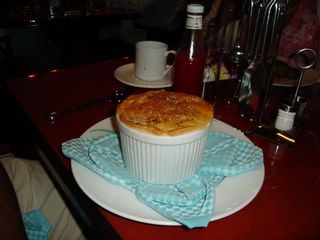 An end to all- P requested a Mudslide which consisted of vanilla ice cream, chocolate ice cream, peanut butter ice cream, nuts, chocolate syrup and whipped cream. Yum! This was a very huge slice which we all shared and enjoyed. 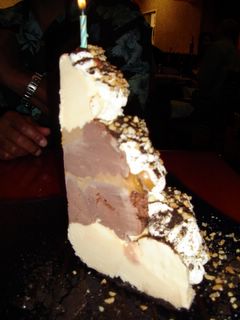 We all left the restaurant in pursuit of riches to be won. I love the slots but this was not the night for winning. I did enjoy trying.